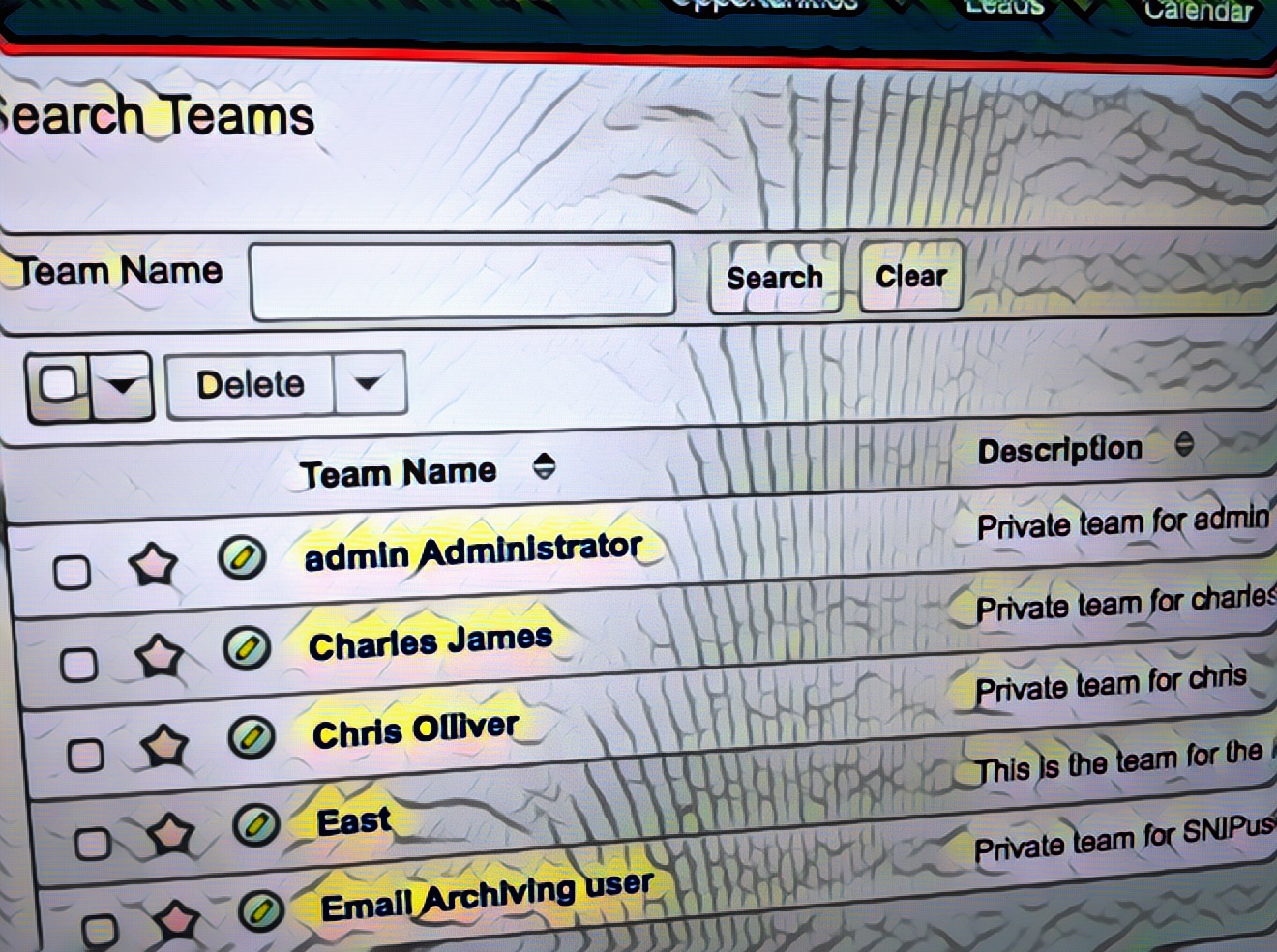 Home SugarCRM How to Guides What is a Sugar Team?

Teams in Sugar are a way of defining users permissions and groupings as they limit access at record level. Teams, however, are not to be confused with Roles.See definitions below:

Teams: Control access to a record.
Roles: Control users actions on a record.

In general, teams are usually based on departments or regions for example, South Team and North Team, Support Team and Sales Team, but with Sugar you have the flexibility to set up teams that suit whatever categorisation your organisation implements.

There are three types of teams in Sugar, the Global Team, Standard Teams and Private Teams.

Standard Teams: These teams are created by an Administrator and are used throughout Sugar to organise records and grant access to records to specific groups of users within your organisation. Standard Teams are often reflective of the groups or departments that are within your organisation, for example, Sales Team and Support Team. Standard Teams are the most commonly used team type due to their flexibility in choosing which users should have access to which records.

Global Team: The Global Team is created when the Sugar instance is created and is the default team for all new users and every user is a member of the Global Team by default. This team type is intended to be available for ALL users in Sugar.

Private Teams: Every user that is created in Sugar will have a corresponding Private Team, this team is automatically created in the teams’ module when the user is created. This team type is available for each individual user.

Teams are a way of providing data security as users will only be able to access a record that belongs to team that they themselves belong to, so if there is healthy rivalry between the North Team and the South Team then team access can be set up so that users can only see records that relate to the team that they are a member of while still using the one Sugar instance. If there is a case that a record needs to be accessed by multiple teams then there is the ability to add multiple teams to a record, likewise, there is the ability for a user to belong to multiple teams. Meaning there is complete flexibility to what records certain users have access to forming a robust security model. The only exception to this is Admin users as Administrators do not adhere to Team security and therefore they can see all records.